Photo of Frog Under Rock. 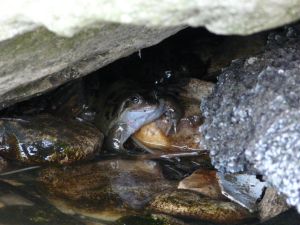 Click Image for full size version of Frog Under Rock

Photograph of Common Frog in Water. 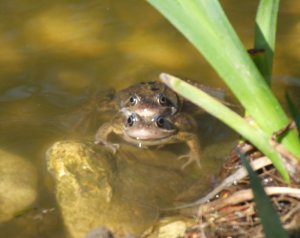 Love this photo. It was mating season when I took this picture, and I happened to be at my local park just as they were starting to congrigate. If you look closely you will be able to see other frogs hiding under the rock with this one. I have my kids to thank for this […]

I have no idea if these star fish got washed up into this pool on there own, or if it was due to human intervention. What I can tell you is that it was on the same day we saw the 12 finger star fish and that there were several groupings along the stretch of […]