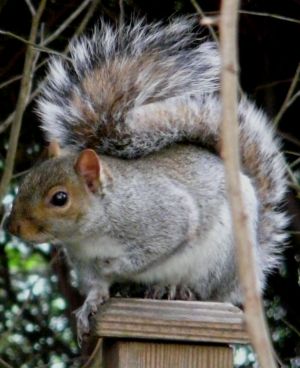 The Eastern Gray Squirrel (Sciurus carolinensis), or the Grey Squirrel, depending on region, is a tree squirrel native to the eastern and midwestern United States and to the southerly portions of the eastern provinces of Canada.

It has been introduced to Britain, where it’s spread across the country and has largely displaced the native Red Squirrel, Sciurus vulgaris. In Ireland, the red squirrel has been displaced in several eastern counties, though it still remains common in the south and west of the country. There are concerns that such displacement might happen in Italy as well.