Click on the title to see more Cormorant Images

This cormorant is causing quite a stir in Skegness, it was featured in our local paper (The Skegness Standard). A resident had seen it at the boating lake and didn’t know what it was, so I went to see if I could capture a photograph or two of this mysterious water bird. My hubby identified it as a cormorant, though not sure which type. 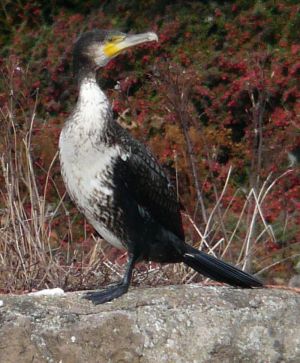 First visit to the Skegness boating lake and I didn’t spot the cormorant, but a few days later I went for a relaxing walk with my youngest son and we saw it standing on a rocky island in the middle of the lake :-)

I captured this great image of the cormorant in flight when it jumped off the rocky island to fish.

Image of Skegness Cormorant in Flight. 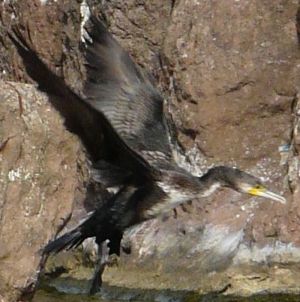 Cormorant’s have a reputation for being greedy and watching this young one feeding I can see why, I just hope there will be some fish left in Skegness boating lake when this cormorant moves on :-)

It would be nice if it would stay in Skegness, it makes a nice change to see a large water bird instead of the usual ducks.

Image of Skegness Cormorant in the Water. 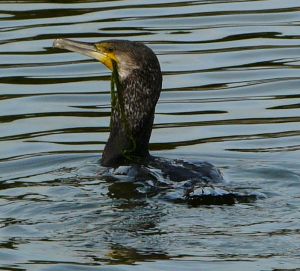